Well-known Mercedes tuner has published some pictures with their future individualization program involving the Mercedes SLS AMG Roadster.
Their new tuning kit, which was named SLS Supersport Roadster GT / R, includes a sports front bumper, new grille and side aprons handmade GT proposing a series of vertical fins. And while speaking about wings, those from Kicherer mentioned that can add a series of aerodynamic wings made ​​from carbon fiber hood and front wings. 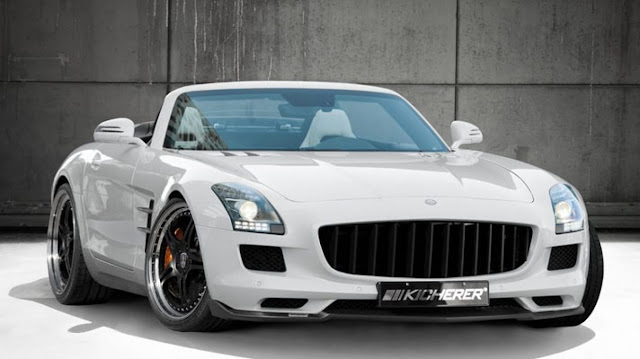 The new Mercedes Roadster AMG tuned by Kicherer SLS includes a set of wheels 20 inch light alloy double spoke design and a coilover suspension which offers a face lift increases ground clearance at the push of a button . 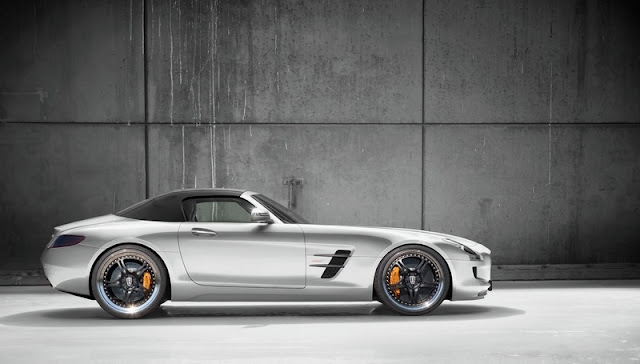 Even though the Mercedes AMG Roadster SLS is already a sports car, people at Kicherer have decided to play a little with his performance. Therefore, their new project comes with a new stainless steel exhaust system and sport air filters that increase power from 571-630 horsepower. 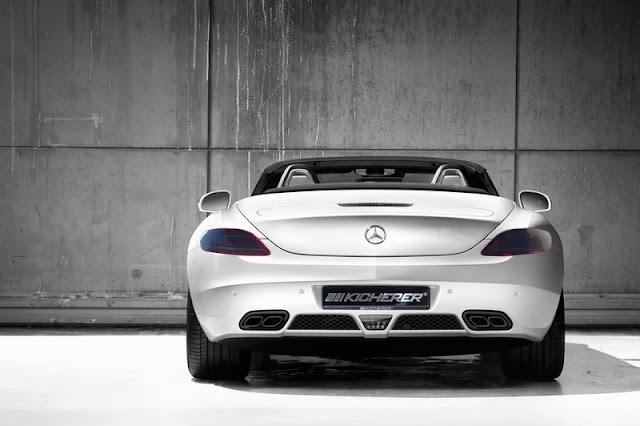 As if it was not enough, those from Kicherer have added a sports catalyst, so the result translates into a total of 650 horsepower and 720 Nm of torque or an acceleration from 0-100 km / h which is accomplished in 3.5 seconds and a top speed of 320 km / h.
Email ThisBlogThis!Share to TwitterShare to FacebookShare to Pinterest 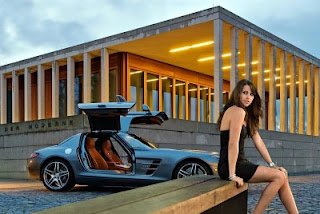